How Is Eric Allen Not in the Hall of Fame?!?!

Every year a storyline comes up that every football fan debates.  Who should be in the Hall of Fame and who should not be in the Hall of Fame?  This usually happens sometime in early February when the new Hall of Fame inductees are announced and within the first couple weeks of training camp when the new inductees are enshrined.  The Hall of Fame is for the best players in football history, right? Then why don’t some of the best own a gold jacket?  This blog post would be about two players had Harold Carmichael not been inducted this year.  Instead, it is about one of the greatest cornerbacks in football history, Eric Allen.

In Case You Didn’t Know

He was also extremely durable. Out of 224 possible games in his career he played in 217.  He missed one game with the Eagles in 1989 and six games with the Raiders in 1998 after blowing his knee out late in the year.  The next year he came back and started all 16 games. He only retired because he felt he wasn’t playing up to his standards anymore.  That says a lot of his character.

It isn’t all about his stats and durability that made him great. He was a member of Buddy Ryan’s attacking and aggressive Gang Green defensive. Just to refresh your memory, this should have been a championship defense. The defensive line was comprised of Reggie White, Clyde Simmons, Jerome Brown, Mike Golic, and Mike Pitts. The linebackers were Seth Joyner, Byron Evans, and William Thomas. This was a nasty defense and that is just the line and linebackers. Ryan’s style didn’t always allow for help in the secondary so Allen, as well as the other defensive backs, were alone. It didn’t matter. Allen was a very smart and instinctive player. Not to mention fun to watch. In a 1993 game versus the Jets, Allen picked off Boomer Esiason and returned it 94 yards for what turned out to be the game-winning touchdown. Steve Sabol of NFL Films once said it was the greatest interception return in NFL history. Check it out here.

If there is one thing Eric Allen is lacking, it is a championship.  That should not be held against him.  A Super Bowl win is a team achievement, but I do understand how it looks on the resume.  Eli Manning will probably get in the Hall of Fame because of his rings, not his mediocre career. According to Rick Gosselin of Sports Illustrated, there are 281 players in the Hall of Fame. Only 103 of them failed to win a championship. Of that number, only 39 played defense. Of that number, 15 played in an NFL title game. That leaves 24 defensive players enshrined in Canton without a ring who never played for a championship in their careers.  If Allen were ever inducted, he would, unfortunately, fall into that category.  That shouldn’t matter because the Hall of Fame is supposed to enshrine individual greatness.

Now that we know why Eric Allen might never be inducted, let us compare his numbers to some Hall of Famers.

Why do you think Eric Allen isn’t enshrined in the Hall of Fame?  Please comment below and voice your opinion.  Fly Eagles Fly!! 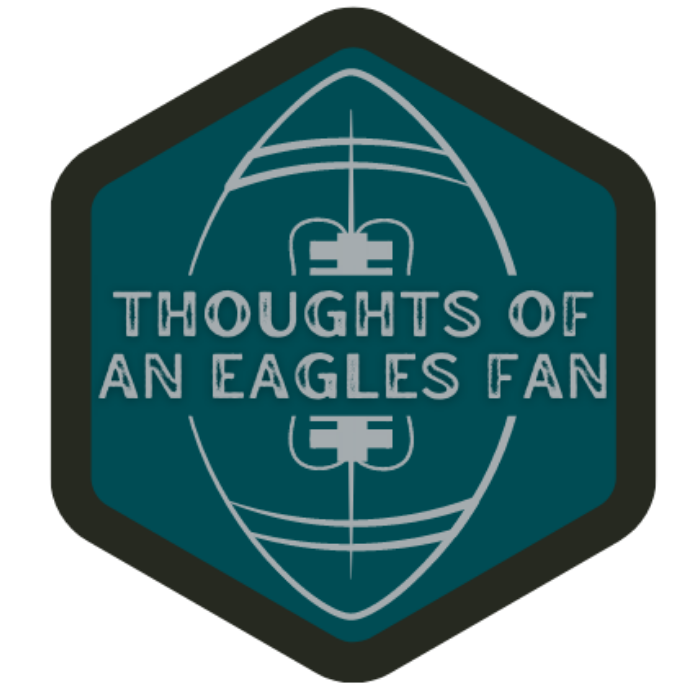